A friend of mine asked why every Silicon Valley startup has to be a billion dollars or it’s considered a fail. Why isn’t profitability enough?

They had read the article by Sahil Lavinga about how his company didn’t reach a billion dollars, and it sparked their curiosity.

It was a good question, and so I did my best to answer, as someone working at a startup for the last four years.

It begins with the startup lotto.

Software’s one of those things that can be super productive, in the sense that a few people can build a product that can reach millions. For example, Instagram had 13 employees when they sold to Facebook for $1B.

People literally became millionaires overnight for a product that didn’t exist a year or so ago. This hasn’t happened once in tech—it’s happened many times now.

People love these sorts of big reward plays, like all the waiters and waitresses in Los Angeles, hoping to become an overnight star on the silver screen. Freakonomics covered this in their chapter, “Why Drug Dealers Live With Their Moms.” Great title.

And that justifies paying startup employees less cash upfront. They’re playing the lotto, and their equity could hit big time!

Mostly, though, this is a bad bet for most employees because:

Then VC funding amplifies it.

And then there’s this amplifier of venture capital (VC), which is the primary funding model for software. Software has upfront costs to build, and VC’s are happy to foot the bill in exchange for a share of the business

VC money is flowing out here. And sometimes it’s easier to raise money from VCs than to get customers. Advanced technologies with well-known teams will get funded on promise alone because VCs know it takes investment to build something people want.

But the complicating thing is that venture capital is hit-driven. The vast majority of returns come from billion dollar exits, like the Facebook’s and Uber’s of the world.

While a $100M exit might be great for a founder, it doesn’t make much difference to a VC’s overall returns. As a result, their incentive is to push companies to go big or go bust.

And VCs have a time crunch too. They have to get money back to their investors within a certain number of years, so they need the business to hurry up and grow the valuation!

Therefore, if they have a $100M business that just isn’t growing fast enough, they may have the company spend more to grow—even if it’s unsustainable—to get to the next round. Overspend long enough, and layoffs come next, even if employees did nothing wrong. Painful.

Companies go along for their own reasons.

So why do companies go along?

This sounds like a raw deal, but at the start of the company, you don’t know. You get VC funding because you think your business is the “next big thing,” and they do too. It just doesn’t always turn out that way. And when it doesn’t, there’s friction.

Why would a founder take VC money? It’s not a bad deal.

a) from day 1, you get a salary.
b) it’s not funded from your own pocket.
c) if you take VC money, they may let you pocket $500K+ in later rounds.
d) if you bootstrap, a competitor with VC money could crush you.

You’ll also notice you get celebrated when you raise money (more so than when you make money sometimes). Funding rounds get written in the press, you’re invited to speak at events, friends and family pat you on the back, etc.

Of course, funding rounds don’t mean success. It means you’ve gotten more runway to build a successful company. You’ve also diluted your equity, handed over some control, and signed up for the next phase of do-or-die growth too.

So, to answer the original question: yes, the “billion-or-bust” mentality is real. And a lot of things contribute to it. The press. The overnight celebrity. The stories of overnight millionaires. The high-risk, high-reward rush. The competition. The lotto.

But it’s also driven by hard economics. By how employees and founders are compensated. By how the VC model makes returns. By the expectations when you take VC money. It’s all of it together.

Now, the natural next question is: is this a bad thing? And that’s more complicated because it philosophically gets into what you believe is “good” or “bad,” what’s a fair distribution of wealth and what’s not. That’s above my pay-grade.

What I can say is this: it’s a system that’s created some of the most valuable companies in the world, and funding for it continues growing. If it didn’t work, no one would fund it.

At the same time, it’s not the right model for every business. Low-growth startups that take VC money will have a hard time. They need a different funding model—smaller funds that can thrive on million dollar returns instead of billions.

And the world would benefit from more focus on sustainable businesses of all types, instead of only sky-high valuations. But I don’t have high hopes for them getting more press. Unicorns are newsworthy for the very reason that they’re uncommon.

So that was my answer to my friend. There’s likely holes and misperceptions, but they thought it was interesting enough to share on Twitter. Hopefully, you did too.

1/ A friend asked why every Silicon Valley startup has to be a billion dollars or it’s considered a fail. Why isn’t profitability enough?

(The @shl article sparked their interest.)

It was a good question, and so I did my best to answer, as someone working at a startup….👇 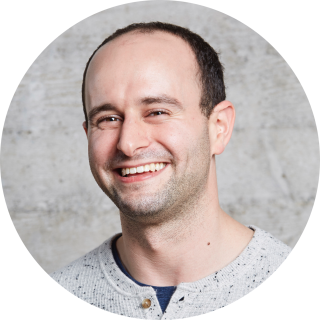